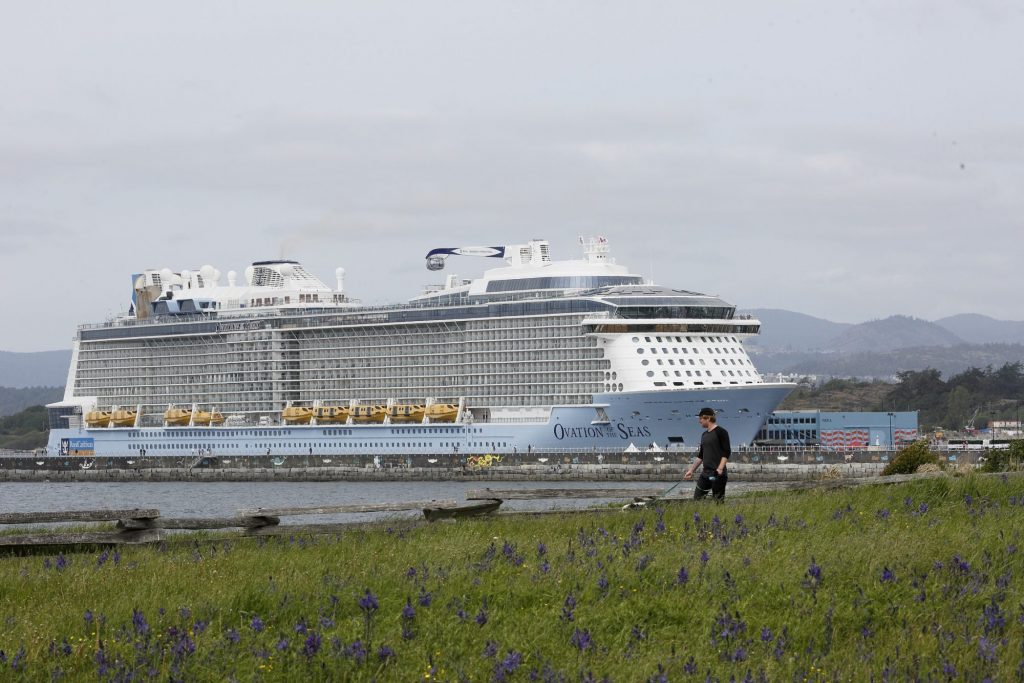 Oct. 16, 2019, Victoria, BC, Canada – The not-for-profit Greater Victoria Harbour Authority (GVHA) has received the detailed emissions inventory for the Victoria Cruise Ship Terminal. The report highlights the significant reductions that have taken place since 2010, with annual greenhouse gas emissions from the facility being equivalent to 3,241 cars on the road per year as of 2018.

In spring 2019, the GVHA recognized the need to have concrete, third-party data on the impact and sources of criteria air contaminants (CACs) and greenhouse gases (GHG) at the Victoria Cruise Ship Terminal. GVHA hired Synergy Enterprises, a well-known and respected carbon accounting and energy solutions company, to conduct a full-scale emissions inventory for the facility. Their work included benchmarks from 2010, 2014, and 2018.

Highlights from the emissions inventory conducted by Synergy Enterprises:

While the report highlights significant improvements in emissions, the main recommendation brought forward is to explore shore power for the terminal to assist in reducing greenhouse gas emissions from cruise ships in port.

For the past decade, GVHA has been working to reduce and mitigate emissions from our operations – the areas in which we can control – including ground transportation, air quality monitoring (S02), improving wayfinding and encouraging walkability, and working with cruise lines and regulatory partners to ensure that ships calling to Victoria are compliant with international and federal regulations.

“While we would love to just flip a switch and supply shore power, the installation of a single plug comes with a series of steps and considerations that range from availability of electricity, cost and funding, and a construction timeline,” said Ian Robertson, CEO of the Greater Victoria Harbour Authority.

The organization’s board of directors has approved a motion for GVHA to explore the feasibility, costs, funding opportunities through partnerships, and an acceptable timeline for construction and implementation of shore power.

A 2012 study identified the cost for one connection to be close to $13 million. GVHA will get updated costing, along with the identification of funding and partnership opportunities from cruise partners and levels of government. To put the cost into context, the annual revenues for the organization in 2018 were $14.5 million.

“We need an approach that aligns everyone behind common goals of mitigating and reducing environmental impacts while ensuring that the 800 indirect and direct jobs and the more than $130 million in economic impact are also prioritized and protected,” said Robertson. “We will be looking to all levels of government and our cruise partners who share in these important priorities to determine an appropriate path forward.”

Cruise is a highly visible part of the visitor economy with approximately 30 different cruise ships calling to the Victoria Cruise Ship Terminal, resulting in 260 calls and close to 700,000 passengers visiting the city in 2019. On a global scale, there are just over 300 cruise ships in service worldwide. For comparison, there are 17,000 general cargo ships moving goods around the world.

For more information and to download the detailed report, visit gvha.ca.

About the Greater Victoria Harbour Authority

What factors that need to be considered when determining the viability of shore power?

Does this mean that you’ll be implementing shore power at the terminal?

Following the emissions inventory conducted by Synergy Enterprises, our board approved a motion for our organization to explore the feasibility, costs, funding opportunities through partnerships, and an acceptable timeline for construction and implementation of shore power. These will form the basis of our next steps.

What is the timeline for having shore power at the terminal?

It is too early to confirm an exact timeline, and the business case must be solid to proceed with shore power.

What is the cost for shore power?

A 2012 study identified the cost for one connection to be close to $13 million CAD. Our next step will be to get updated costing, along with the identification of funding and partnership opportunities. The annual revenues for our organization are close to $14.5 million CAD.

Is there sufficient power available in the neighbourhood for shore power?

We’re in preliminary discussions with BC Hydro on power availability and supply.

What are the cruise lines doing to reduce their own carbon footprint?

Our emissions inventory measured GHG emissions from the point where a cruise ship is met by a pilot vessel, approximately 4 nautical miles from the Victoria Cruise Ship Terminal. This point was chosen as it is the approximate distance from which a cruise ship would begin manoeuvring to call to the port of Victoria.

Cruise lines along the west coast of North America are in an International Maritime Organization Emissions Control Area, requiring them to burn low sulphur fuel.

How common is shore power in ports around the world?

There are currently 16 cruise ports around the world that supply shore power. Locally, Seattle and Vancouver have shore power.

What is being done in the interim, if shore power isn’t an imminent project?

Our organization has taken great strides to reduce our emissions on the property that we own and where can assert influence. This included the work by Synergy Enterprises for their detailed emissions inventory.

Some of the initiatives that we have underway: