Ramping Up For Duckling Season 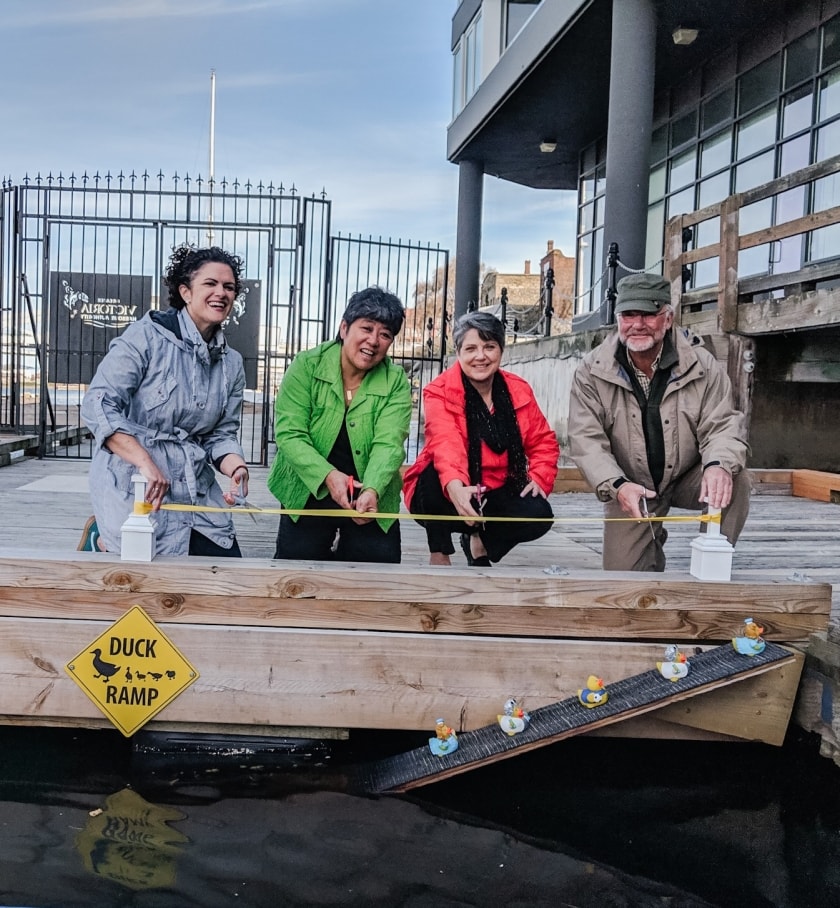 Last year, a local resident alerted the community to the lack of duckling ramps throughout the harbour, which was then brought to the attention of GVHA as a land-holder. To be proactive and assist with the 2019 flock, GVHA staff worked with community organizations including the City of Victoria, BC SPCA Wild ARC, and the Victoria Harbour Migratory Bird Sanctuary to collect intel and implement best practices, which led to the creation and installation of new ramps.

Each spring, several mallard ducklings make their way with their parent(s) to the Inner Harbour. Once in the water, they sometimes struggle to find a space to get out. The installation of the new ramps is part of the bird-focused initiatives that are underway throughout GVHA properties.